Because we have a passion for our work, we support people and projects who also have the same passion. At the moment Black Box Music promotes and sponsors...
Event Rookie “Light, video and sound in love triangle”

Event Rookie reports about Black Box Music at the Adel Tawil Tour: „With seven trailers full of material Adel Tawil toured through eighteen cities to play on arenas with a volume capacity of 5,000 up to 15,000. Finally, the audience should are offered an elaborate stage set, including sophisticated 3D video mapping, wrapped in a very precise sound design.“ (Event Rookie “Light, video and sound in love triangle” 4/2014 issue)
Event Rookie “Tour with interruption”

Event Rookie reports about Black Box Music at the Frida Gold Tour: „They can almost completely recourse the equipment on stage from the Tour setup that is a resurgence of Black Box Music. (…) I am glad that Black Box Music still has FM 115 from L-Acoustics in stock and we can use this monitor speakers.“ (Event Rookie “Tour with interruption” 5/2014 issue)
BBM´s new video equipment 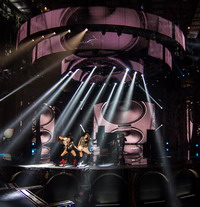 As of now, Black Box Music is able to offer 200m² of the EKTA FrameLED series 9mm. Of course, we´re still offering the EKTA FrameLED series LVM 12C-vpG with 200m², as well as the product series LVM 8C-vp, LVM 6C-Q and iLVM 4C. In addition, we are renting out the LED video floor. The installation of the FrameLED modules is fast and simple and they can be integrated very easily. The new FrameLED-series by EKTA has been especially developed to accomplish challenging tasks in the rental business sector: concerts, exhibition appearances, TV shows, TV live broadcasts, sales presentations, sport events or public viewings. There are no limits in the scope for design: round, oval, convex, concave and even characters – no other provider in the business is able to offer such a (more…)
FOH Online “Cher “Dressed to Kill” Tour” 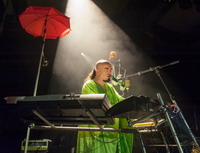 Several thousand bewildered souls went to see the shows of the „world´s greatest band“ the 16th and 17th May 2014. Whenever the three „Knorkators“ are playing live in Berlin, you can be sure that there will be things happening on stage your mother tried to protect you from. For 20 years now, Knorkator are enriching the cultural life of the endangered educated middle class and everyone else with ingeniously weird lyrics and a battering of the eardrums. It was a stroke of luck, that keyboarder and composer Alf Ator, vocalist Gero “Stumpen” Ivers and guitarist Bastian “Buzz Dee” Baur founded the band Knorkator during (more…)
Howard Carpendale Tour 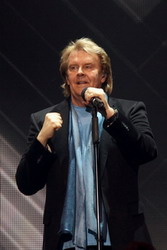 Howard Carpendale made an impressive come-back after taking a creative time-out. In March 2014 he went on a large-scale tour through Germany, Austria and Switzerland with his new album „Viel zu lang gewartet“ („Waited much too long“). The album that he created together with a team of well-established musicians and young songwriters in a recording studio near the East Side Gallery in Berlin shows the entire spectrum of the versatile entertainer. The tour started on 6 March 2014 in Timmendorf. A golden watch was displayed on stage, showing the time remaining until the artist would enter the stange. After that, the audience could enjoy two hours of excitement, melancholy and fun. The mixture of pop, rock and recitative is somewhat new to the performance of the 68year-old, the basic sound of his music, however, has not changed. Black Box Music provided the entire light, sound and video equipment for this tour. The stage set was designed and built especially for Howard Carpandale at (more…)
Production Partner “It’s only Rock’n’Roll but …”

The long-established Berlin company HELICON has transferred its company headquarters to the 20,000 m² premises of the Black Box Music Veranstaltungstechnik GmbH in Berlin – Wilhelmsruh in January 2014. Both companies now benefit from a large stock of modern, cutting-edge event technology and have between them more than 45 years of professional experience. As of now, HELICON is offering lighting, sound, rigging, stage and video equipment, transported by its own transport fleet to any place in Europe and has therefore the ability to turn any event into a real great experience. HELICON is now operating (more…)
Fitness studio at BBM

For team spirit and against the good food at the staff restaurant we set up a gym at Haus 6. As of now, you can work out above the rooftops of Berlin at rehearsal studio „Atelier“. In addition to the usual gym equipment, you can work out with our experienced personal trainer Andreas. (more…)
new video equipment at BBM

For the upcoming Flying Steps tour – „Red Bull Flying Illusion“, BBM added four new Panasonic PT-DZ21K projectors including accessories to the company´s stock of video equipment. With good reason, there is a great demand for these projectors worldwide at the moment . With its low weight, small frame size, very little noise generation and long durability of the lamps (which are the special features of this projector), the Panasonic PT-DZ21K projector is perfectly suited to be used on tour. (more…)
Seite 6 von 18« Erste«...45678...»Letzte »