Because we have a passion for our work, we support people and projects who also have the same passion. At the moment Black Box Music promotes and sponsors...
Berlin Live

The festivity hosted by Federal President Joachim Gauck took place September, 8th and 9th at Schloss Bellevue. Joachim Gauck welcomed the guests on both days by giving a speech from the Parkstage. There was also a cultural program at the Schlosspark on both days with concerts on two stages in the evenings. One highlight was the concert of the German-Polish youth orchestra, one of Europe´s oldest trans-border youth orchestras. Furthermore, (more…)
Seefestspiele

After the successful premiere of Katharina Thalbach´s restaging of Mozart´s „The Magic Flute“ last summer, the success story of this festival was continued this year (from August,16th to September,2nd) with George Bizet´s masterpiece „Carmen“. The opera was directed by Academy Award winner Volker Schlöndorff, one of Germany´s most outstanding movie makers. For this festival, stage designer Volker Hintermeier created a large construction of a (more…)
Korn Europe Tour

Die Toten Hosen celebrated a terrific comeback after a long break. The Nova Rock festival was one of their stops, where they finished the second day as headliner. Andi, Breiti, Campino, Kuddel and Vom presented their new album “Ballast der Republik” The Düsseldorf pop-influenced punk rockers celebrated their 30th band anniversary with a combination of their “Best of” and songs (more…)
Berlin Summer Rave

On July 21st, 2012 21.000 techno fans danced at the third Berlin Summer Rave 2012 to techno beats of well known DJs like Marusha and Westbam. The Summer Rave has become an integral part of the Berlin summer party calendar. It is now one of the largest indoor-raves around the world and enjoys international recognition. It was spread out over three hangars and two dance floors with different styles of current electronic music. Nearly 50 artists (more…)
WITH FULL FORCE Festival

On June 29th, 2012, it was time again for WFF! Every first weekend of July, the airfield at Roitzschjora Löbnitz (north of Leipzig) turns into a festival site for metal, hardcore and punk music for three days. The whole With Full Force Festival 2012 was a festival of extremes. Oppressive heat and violent storm. Excessive partying and close to a disaster. Loud and heavy and brightly coloured. One year before the “With Full Force Summer Open Air” (more…)
event technology by Black Box Music

Black Box Music has over 500 moving lights in stock. We have an overview for you of our current range of moving lights and LED screens and the latest are presented with a photo: The MAC Aura is the first compact LED moving head wash light with zoom that offers never-before-seen, eye-candy aura effects yet also functions as a highly capable single-lens wash with fully pre-mixed color. A ground-breaking optical system combines multicolor LEDs with backlight aura color mixing to produce a visual palette for truly unique lighting designs. The MAC 101 (more…)
David Guetta Tour 2012 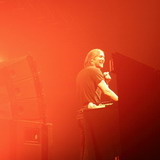 On July 8th, 2012 the Arena Berlin was quickly transformed into a disco-temple. The currently most successful DJ and producer in the world came to Germany for two exclusive shows and made a stop in Berlin to present his new album “Nothing but the Beat” to the audience. The almost 2.5 hours of non-stop live mixed music and an outstanding laser show proved that Guetta not only addresses the auditive experience of the audience – he also offers a broad repertoire of LED and laser effects. Black Box Music equipped this concert with the sound of L-Acoustics V-DOSC and dV-DOSC (more…)
Scooter Tour 2012

This year, H. P. Baxxter, Rick J. Jordan und Michael Simon aka “Scooter” continued their recent success from the last tour. The new tour, consisting of 12 concerts total, also included some arena shows. On April 6th, 2012 the tour had it’s showdown at the o2 World in Berlin after gigs in Essen, Saarbrücken, Frankfurt and other cities. Scooter presented their new album “The Big Mash Up” and thrilled (more…)
Seite 12 von 18« Erste«...1011121314...»Letzte »