Because we have a passion for our work, we support people and projects who also have the same passion. At the moment Black Box Music promotes and sponsors...
PMA “Und auf einmal reißt der Himmel auf”

Event Rookie reports about Black Box Music at the Gossip Tour: „Black Box Music deserves a top grade for light and sound – the result is simply perfect and shows that there is no need for the next big thing or loads of new technology in order to produce a great show. You only need skilled people and creative ideas.“ (Event Rookie “Oldschool Soul in XXL” from magazine #1 2013)
Event Rookie “Himmel auf” Tour 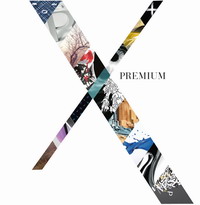 In January 2013, the 10th anniversary of the „Premium“ fashion fair was celebrated with a festive dinner hosted by celebrity chef Markus Semmler, followed by a big party with live acts such as „The Cuban Brothers“. The „Premium“ fashion fair is one of the trendiest and most diverse fashion events, where international trends are being presented. Anita and Norbert Tilmann, who initiated the „Premium“, succeeded in assuring Berlin´s status as internationally accepted fashion capital with their fashion fair, as the „Premium“ is meanwhile a permanent feature of the Mercedes Benz Fashion Week in Berlin. In order to celebrate the 10th anniversary appropriately, (more…)
Event Rookie “Big B in M”

Paddy Kelly went on tour with his siblings Patricia, Kathy, Paul and Joey Kelly to tell us a “musical Christmas tale”, which begins with The Nativity of Jesus and ends nowadays. The Kelly Family was visiting 12 German cities in Dezember 2012 with their program under the titel “Stille Nacht – Eine musikalische Weihnachtsgeschichte für die ganze Familie” (silent night – a musical Christmas tale for the whole family). The tour started on 12 Dezember 2012 at EWE Arena in (more…)
Silbermond tour

The band announced a large-scale tour in fall 2012, named after their 4th studio album: “Himmel auf” (open the sky). They played shows in 16 cities in Germany and Switzerland. On 08 Dezember 2012 they were performing at the O2 World in Berlin, playing a (more…)
Ausbildungspreis Pankow 2012

On 28 November 2012, three companies have been awarded with the „Pankower Ausbildungspreis“ (Award for professional education) at the town hall in Pankow. Borough mayor Matthias Köhne and Christine Keil, councilwoman and patroness of the „Ausbildungsoffensive Pankow“, were honoring companies with this award. It´s the third time that companies were being awarded for their particular dedication regarding professional education of adolescents. (more…)
Gossip Tour

Beth Ditto and the band members Brace Paine and Hannah Blilie played in front of 5000 people on 18 November 2012 at Velodrom in Berlin and the concert was a huge success. The highlight of the night was the moment, when the singer didn´t play the encore on stage but disappeared in the crowd, singing an endless version of the song „Heavy Cross“. At the end of the night, she was standing at the monitoring desk, singing „We are the champions“, surrounded (more…)
Max Raabe Tour

Max Raabe and his „Palast Orchester“ are touring the world since February 2011 with the show „Küssen kann man nicht alleine“ (you can´t kiss alone). The culmination of the current tour was the show on 27 November 2012 in Offenburg. In between, Max Raabe played 14 concerts at Admiralspalast Berlin from 22 October 2012 till 4 November 2012. Max Raabe is an internationally well known singer from Germany, who founded the „Palast Orchester“ already in 1986 (more…)
Seite 11 von 18« Erste«...910111213...»Letzte »