Because we have a passion for our work, we support people and projects who also have the same passion. At the moment Black Box Music promotes and sponsors...
Exhibition Tom Anholt – INSIDE OUT

On September 30th, the British artist Tom Anholt has presented  his second exhibition „inside Out“ in cooperation with  the Eigen + Art Lab in a former industrial building.  A place where more storage space for all the  sound-/light-/video-/ stage-equipment and a new rehearsal hall of Black Box Music in Berlin Wilhelmsruh is currently beeing built. This  new reheasal hall will offer even more space and possibilities for rehearsals on the greatest stage concepts.   (more…)
Berlin Kobra Ladies

The Berlin Kobra Ladies are the figurehead of German female football. The team was founded in 2005 as a successor of the Berlin Adler Girls under the umbrella of the Berlin Kobras in the ProSport24 e.V. (ProSport24 registered association) in Berlin-Wilmersdorf and was able to achieve the titel „German Champion“ seven times since then (2007-2013). The 40 ladies aged between 17 and 35 are training with their seven trainers up to three times a week for their self-defined goal (more…)
i am Jonny 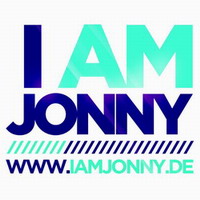 On 7 April, a special benefit concert will take place. Musicians of any genre, who want to make a difference are invited to perform under the motto: I am Jonny – voices for our brother. Jonny K. was the victim of a violent crime at Alexanderplatz for helping his friend. Due to his civil courage, he lost his life. 7 April 2013 would have been his 21st birthday. The registered society „I Am Jonny e.V.“ is dedicated to inform the public, especially children and adolescents, about peaceful coexistence, civil courage and respect. Black Box Music and many other companies such as Admiralspalast, PSD Bank Berlin, MCM, Lindt and Estée Lauder are sponsoring this special event to set an example as well. (more…)
EUROCK Marathon

„Rock’n’Roll will never die“ – because those are the new talents! Europe´s best new rock bands in one night: selected out of 252 candidacies by an international jury, the 8 finalists were competing for the titel. The live event took place on 24 November 2012. Silke Super (Radio Eins) was hosting the show and NINA HAGEN, the legendary mother of punk rock, was performing as top act and played a fulminant concert at the end of the night. EUROCK MARATHON was the starting shot for a Europe-wide Rock’n’Roll family movement to which the entire city was invited. The EUROCK Marathon took place for 3 hours at Postbahnhof at Ostbahnhof – live rock music with top act and award ceremony. The audience decided together with the jury members Peter Radszuhn (Radio Eins), Ralf Goldkind (music producer, musician) and Norbert Döpp (BerlinKonzerte), which band should be awarded. Black Box Music contributed to this event by sponsoring the awards for the bands. Those were this year´s award winners: 1. prize: SINGLETON from Ukraine 2. prize: KIRMIZI from Turkey 3. prize: THE BANDITI from Italy Photos: © Grit Siwonia (more…)
Shop opening from Kilian Kerner

For five years, the Cologne-born Kilian Kerner is working as a fashion designer in Berlin and has now opened his first shop on August 20th, 2011 in the Hackeschen Höfen in Berlin. Kilian Kerner was firmly established in the German fashion scene, and his dream of a shop wrapped in white and gray came true, because he won the architect Mark Bendow for this job. At the opening, the Danish singer and songwriter Mads Langer played with his acoustic set. Black Box Music equiped this event and wishes him all the best for the future. Foto: © Robert Klebenow (more…)
FRICTION FEST 2011
In 2011 the FRICTION FEST will take place for the second time, this time in Berghain, Berlin’s most famous electronic music club. According to the New York Times Berghain is the “best club in the world”. From the 21st to 23rd of April bands from various genres of music such as rock / psych-rock / singer songwriter will be performing on the Berghain stage. Our crew and equipment will be there, and looking forward to some very special concerts.
Berlin Bombshells

This women’s team from Berlin combines sport and showmanship in the new-found discipline of Roller Derby. This full-contact sport for women was very popular in the 1930s and 1970s, and over the last 10 years is experiencing a new worldwide boom. Equipped with quad roller skates, robust protection, mouth guard and helmet, (more…)