Because we have a passion for our work, we support people and projects who also have the same passion. At the moment Black Box Music promotes and sponsors...
Boys Noize Festivaltour 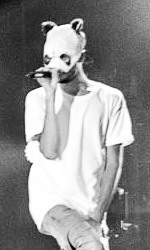 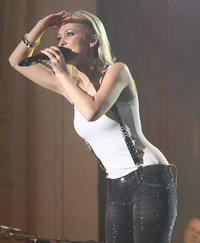 Linda Hesse, who won the „Goldene Henne“ award in the category „newcomer of the year“ is touring Germany with her „Punktgenau“ (straight to the point) tour. She sings about break-ups, about falling in love and the hopes and dreams of single-moms. In Berlin, she performed at FritzClub, a venue that is famous for its cozy atmosphere. At 8pm, she entered the stage and the audience was absolutely excited. Linda Hesse is accompanied by her band and by the lovely back ground singer Isabel, who also has an amazing voice. On her tour across Germany, Linda Hesse did great shows and surprised the audience with lots of costume changes and a wide selection of great songs. Black Box Music provided the sound, light and video technology for the entire tour, as well as the rigging and the trucking. (more…)
Die Toten Hosen and Die Ärzte

The weekend from August 9th to August 11th, 2013 was packed with three great shows on the site of the disused Tempelhof airport in Berlin. „Die Toten Hosen“ started the weekend with their show on Friday, August 9th, followed by two concerts of „Die Ärzte“ on August 10th and 11th. It was the very first time that these two bands were performing (more…)
Silly Tour

More than any other band from East Germany, Silly are considered the textbook example of artistically minded and inspirational criticism, wrapped in catchy and stirring songs. For 24 years now, they are performing on large and small stages throughout Germany. The band with lead singer Anna Loos, who is the quartette´s voice since 2006, is touring Germany with the new album „Kopf an Kopf“, (more…)
Frank Ocean Tour

Frank Ocean alias Christopher Francis Ocean is touring Europe with his latest album „Channel Orange“. He is playing shows in France, Britain, Sweden, Denmark, Russia and Ireland. During his shows, he is enchanting the audience with his beautiful vocal range and his unique songs. Frank Ocean is an American Hip-Hop and contemporary R&B singer, who started his career writing songs for other artists such as Brandy, Justin Bieber and Beyoncé Knowls. He gave only one concert in Germany at the BMW-World in Munich on 25 June 2013. The show named „You´re not dead“ was completely sold out. Black Box Music provided the entire sound and lighting equipment, the rigging and trucking and also the staffing for this tour. Besides, the entire backline was also provided by BBM. Before going on this Europaen tour, Frank Ocean rehearsed at BBM to be perfectly prepared. Four trailers were loaded with the required equipment (more…)
Festival weekend 2013

The Greenville Festival and the Helene Beach Festival took place on the same weekend, that is to say from July, 25th to July, 28th, 2013. About 10,000 people went to see the Greenville Festival at the MAFZ in Paaren im Glien, Brandenburg, while about 15,000 people were partying at the same time at the festival site right at the Helene lake near Frankfurt/Oder. At the Greenville Festival, there were two open – air stages plus one hall with another stage (and continuous DJ line – up), where dozens of national and international artists were performing during this festival weekend. (more…)
A&P Berlin Summer Rave

Since 2009, the A&P summer rave, one of the biggest and most spectacular raves in Europe, takes place every year at four hangars of the former airport Berlin Tempelhof. On 25 May 2013, the event started around 9 pm and more than 20,000 people came to party all night long with the most popular DJ´s of the techno scene. Among others, these artists were performing that night: Lützenkirchen, (more…)
Die Toten Hosen tour 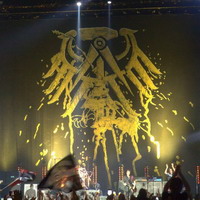 „Die Toten Hosen“ made it: on 14 May 2013 ( their 30th anniversary on stage) they sold their millionth ticket for the current tour! According to their label JKP, this tour is one of the biggest tours in the German-speaking world regarding the numbers of spectators. On 12 October 2013, the band will play the final show of this tour in Düsseldorf. Until then, they are playing 61 shows altogether, 53 of them are already sold out. 50.000 DTH fans are expected for the concerts in Freibug and Berlin. Until now, most of the concerts of this tour are already sold out. There is, however, still a chance to purchase tickets for the following tour dates: (more…)
The Voice of Germany

The 8 semifinalists of the „Voice of Germany“ contest went on tour and played 9 shows in Germany, proving that they are able to entertain a big audience even without the support of their famous coaches Rea Garvey, Nena, The BossHoss and Xavier Naidoo. The concerts were almost sold-out and a lot of equipment was being used. 6 trucks and 4 nightliners were needed in oder to transport the 90 people of the crew (more…)
Seite 4 von 8« Erste«...23456...»Letzte »
We use cookies on our website to give you the most relevant experience by remembering your preferences and repeat visits. By clicking “Accept All”, you consent to the use of ALL the cookies. However, you may visit "Cookie Settings" to provide a controlled consent.
Cookie SettingsAccept All
Manage consent