Because we have a passion for our work, we support people and projects who also have the same passion. At the moment Black Box Music promotes and sponsors...
IFA Sommer garden

The IFA or Internationale Funkausstellung Berlin (“Berlin Radio Show”) took place for the first time in 1924 in Berlin. As the years went by, the Berlin Radio Show, which started as a simple exhibition, developed to become one of the most important marketing events for new products in the home entertainment industry. (more…)
40 Years of KARAT

The familiar sound of their hits takes the visitors on a journey through time back to their youth and back again into present. The men around Claudius Dreilich put a spell on their fans right from the first song. Despite the rain, the atmosphere in the well-filled Berlin Waldbühne is enthusiastic. (more…)
HUAWEI PROMOTIONAL VIDEO SHOOTING

Smartphone manufacturer Huawei hired UDG (United Digital Group) for shooting a promotional video for their new smartphone. The production company United Project implemented this and chose rehearsal hall 2 at Black Box Music’s as shooting location. Black Box Music provided the premises for the production as well as catering for 90 persons; in addition, the following technology was employed. (more…)
Till Brönner in tour

Till Brönner is an elegant virtuoso on his instrument, who time and again manages to brush away any stylistic no goes with a charming smile. He is one to polarise and to preserve and adapt tradition to the present time. In addition, he brings across without improvised music to a public who rarely saw the inside of a jazz club in an amusing and playful way. With his show “The Movie Album” produced by Meistersinger Konzerte (matching Till Brönner’s album of the same name), he is currently on tour with his Till Brönner Orchestra comprising 20 members through Germany and Switzerland. With David Haynes and Tobias Backhaus, as many as two drummers are part of the ensemble; in addition, percussionist is enthroned at the centre of the stage. LED panels in front of the musicians provide luminous show effects. Classic open air organiser put the evening event on stage, (more…)
DIE ANTWOORD European tour 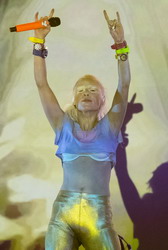 Their albums are a musical and lyrical trip to insanity, the videos are a visual brain fuck, their images burned in to your mind forever, and the shows are all these things together. NINJA, ¥O-LANDI VI$$ER and DJ Hi-Tek of DIE ANTWOORD have released three albums in five years and so established South African rave rap in today’s pop culture. The current album ‘ Donker Mag ‘ was released on 30 May 2014 and now, the band finally brought their controversial live show to Europe and performed four shows in Germany. On 14 January 2015, they started their „Fuk Da World“ tour in Great Britain, than travelling to Germany, Switzerland, Belgium, Luxemburg, France and Holland. During the shows, ¥O-LANDI and NINJA had their audience completely enthralled and were able to do whatever they wanted. With an attitude between destructive frenzy, social criticism, offensive language and pure irony, the band blasted through their hits “I Fink U Freeky”, (more…)
Heaven Shall Burn in Europe 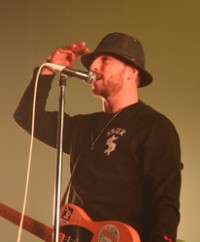 It is impossible to describe the BEATSTEAKS in one word. They are famous for the „best-selling independent CDs of all times”. Their music is a mix of very catchy though rowdy crossover with elements of punk, hardcore, rock, alternative and pop. The Beatsteaks celebrated their roaring success again in 2014! Besides the gigs at “Highfield Festival” and “Rock’n’Heim”, the Berlin punk rock combo started their “Creep Magnet” tour in autumn 2014. Promoting the new album „Beatsteaks“, the tour started November 4th in Siegen – followed by shows in Bremen, Cologne, Hamburg, Munich, Berlin and many other cities. Singer Arnim Teutoburg-Weiß, was frenetically performing old hits like „Summer“, „Hello Joe“ or „Let Me In“ as well as songs from the new album such as „DNA“, „Up on the Roof“, „Everything went Black“ (more…)
Linkin Park European tour 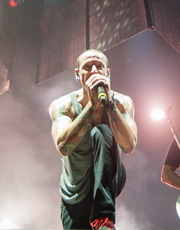 Linkin Park is one of today’s most popular bands and they are filling the biggest stadiums of the world. Drummer Rob Bourdon, guitarist Brad Delson, DJ Joseph Hahn, singer Mike Shinoda and shouter Chester Bennington released their 6th studio album „The Hunting Party“ on June 13th 2014. After their incredible performances at “Rock am Ring” and “Rock im Park” in summer 2014, they returned to tour Europe in November 2014. They played 16 shows in Europe between November 3rd and 24th, 9 of those in Germany. Special guest was the metal core band “Of Mice and Men” from California. Linkin Park is the perfect symbiosis of performance and sound. They know how to walk the line between electro and rock, rough sequences and hypnotic samples. The No.1 album “The Hunting Party” was the centerpiece of the shows. In addition to the new songs, (more…)
Cro Mello Tour 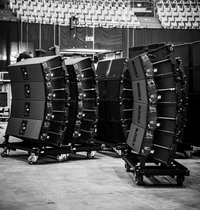 Cro is one of the most successful rappers in Germany. His track “Easy” catapulted him directly into the charts in 2011 – and into the hearts of his fans. Cro was able to even top the incredible success of his debut album “Raop” with his second album “Melodie”. His music sounds like summer: easy, breezy and lighthearted, apparently his recipe for success. The „Mello“ tour started in Switzerland on November 5th 2014, followed by shows in Austria and Germany. Support act in Germany was rapper DCVDNS. He already performed at the „Bundesvision Song Contest“ and wears glasses as a “mask”. Besides him, Cro had two more special guests: his label buddy Teesy and the young rapper Dajuan, who has also contributed to the new album. The 90-minute show included (more…)
Marteria Tour 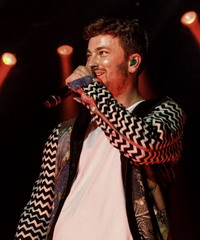 His new album „ Zurück in die Zukunft II“ („Back to the future II“) achieved very good sales figures from the beginning and so did his spring tour. He played 14 shows altogether in Germany, Austria and Switzerland. His performance changes from being a thoughtful verbal acrobat, an energetic singer or his pot-smoking alter ego „Marsimoto“. His concerts were sold out almost everywhere, also the last one in Berlin at the Max-Schmeling-Halle. His so far biggest concert as a solo artist lasted two hours and he performed songs from his new album as well as from the previous one. As special guests he had invited Campino and Miss Platnum. On 18.11.2014, the tour will continue after the successful festival season. It starts in Bern and ends on 06.12.2014 in Nuremberg. Here are the latest tour dates: 18.11.2014 Bierhübeli in Bern (Switzerland) (more…)
Seite 2 von 8«12345...»Letzte »
We use cookies on our website to give you the most relevant experience by remembering your preferences and repeat visits. By clicking “Accept All”, you consent to the use of ALL the cookies. However, you may visit "Cookie Settings" to provide a controlled consent.
Cookie SettingsAccept All
Manage consent